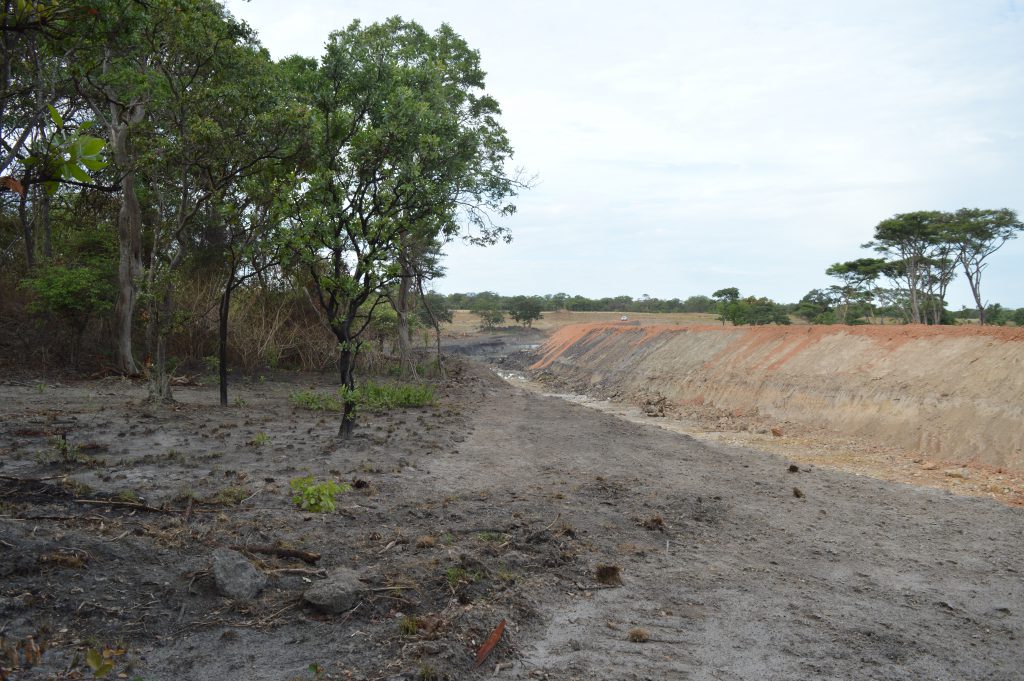 Topographical Maps for the proposed Irrigation Scheme Dams in Lusitu, Siavonga (2010)
The topographical maps produced were used as a basis for the design of the Dams. Other tasks included Volume Estimation of the capacity of the Dams-another project successfully completed.

Topographical Maps for Proposed Rice Pads-Livingstone (2011)
The Topographical maps produced are being used to design irrigation systems, planning of the road networks and all other construction works.

Setting out and monitoring of a double storey building for Trade Kings in Kamwala, Lusaka (2011)
This involved positioning of the columns and making sure that the construction is done according to the design

Setting out of the storage facility for African Milling in Congo DR, Lubumbashi (2011)
This was a survey that involved setting out all grids and bases for all the steel columns and hold down bolts

Dam survey in Choma for Mr. Chance and Van eede (2011)
This survey was done to settle the dispute over water usage between the two parties where the volume of water in the Dam had to be determined and plotted the capacity curve of the Dam.

Topographical survey of the Bantu Park, before the Baobab college, for the 3000 housing units to be build up there (2011)This was done to facilitate the designs of the houses and other structures in the same area.